Dec 5, 2015, Hong Kong – The Journalism and Media Studies Centre of the University of Hong Kong and the Global Editors Network (GEN), with the support of Google, gathered teams from leading media outlets from across the region in Hong Kong to take part in its inaugural hackathon/competition to develop innovative video news prototypes. 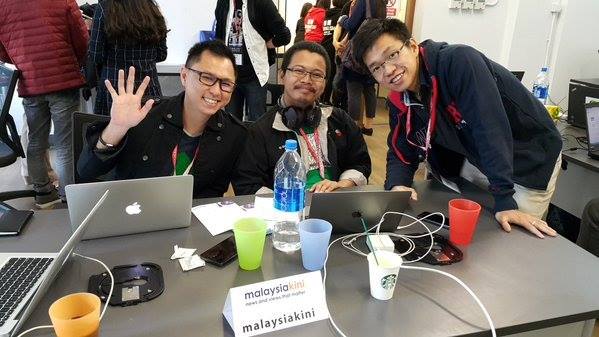 GS Video is an open source tool for non-video journalists to quickly edit, annotate and insert captions, subtitles and other elements into news video.

This revolutionary concept in video editing effectively lowers the barrier for journalists as the interface is incredibly straightforward, simple and quick, especially when they are greatly pressed for time. 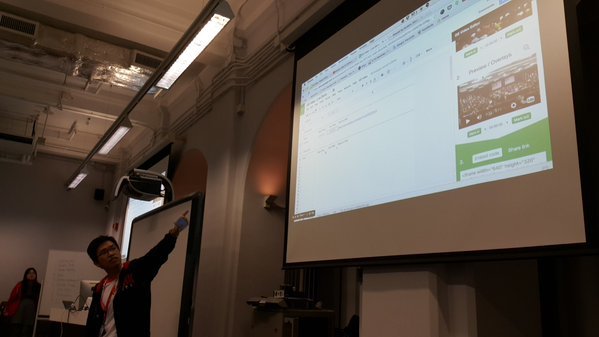 Built entirely using HTML, GS Video sits on cloud-based spreadsheet Google Sheets, making access to it easy, swift and hassle-free as it removes the need for heavy downloads, elaborate installations, heavy computing power or steep learning curves, making it perfect for the journalist on the go.

Watch the video below to see the GS Video tool in action!

Evangeline de Bourgoing, Programme Director of Global Editors Network, commented on how the tool solves real problems in conservative newsrooms such as those in France, especially where there are elderly journalists.

“We ask them to do video and they are scared and don’t know how to use new tools. This is perfect for them.”

De Bourgoing also shared that this highly scalable tool solves problems in less developed countries such as Western Africa, where people have no means to purchase expensive video editing software and require easy and affordable solutions. She also expressed hopes that it will be made open source for the use of disadvantaged and/or less developed communities everywhere.

For more information on GS Video or to enquire about collaborations, please contact seanho@malaysiakini.com.