In the midst of Freedom Film Festival’s nine-day run from Sept 11 to 20 Sept this year, there will be a Malaysian-themed day in conjunction with Malaysia Day.

Freedom Film Festival programme director Anna Har said that on Sept 16, they will be having a special programme themed ‘This Nation is Ours: A Malaysia for All’.

Activities planned for that day include screenings of Malaysian-themed films, discussion on media freedom as well as a ‘Malaysia Day Music Evening’ showcase featuring artistes like Zainal Abidin, Ito from the Blues Gang as well as acts from Sabah and Sarawak.

The day will be to celebrate Malaysia, she said, and the positive spirit of this nation.

Aside from the Malaysia Day celebrations, the annual film festival, which is organised by civil society organisation Komas (Pusat Komuniti Masyarakat), is, this year, themed ‘Unseen, Unheard, Untold’.

Har added that the theme aimed to provide a platform for new voices and highlight perspectives on issues that were not prevalent in public discourse.

“We often choose themes that are relevant to Malaysia or can elicit discussions about issues in our own context.

“It is about time we talked about issues that are not talked about often, like aging and healthcare, or the implications of the World Cup in Brazil.

“Even on known human rights issues, there are still unheard stories to be told especially from communities that do not get much exposure like those in Latin America, Africa and Eastern Europe,” she said, after a press preview of the film festival in Petaling Jaya Wednesday.

Four short films were shown at the preview, three of them by Malaysian directors and one from the US. 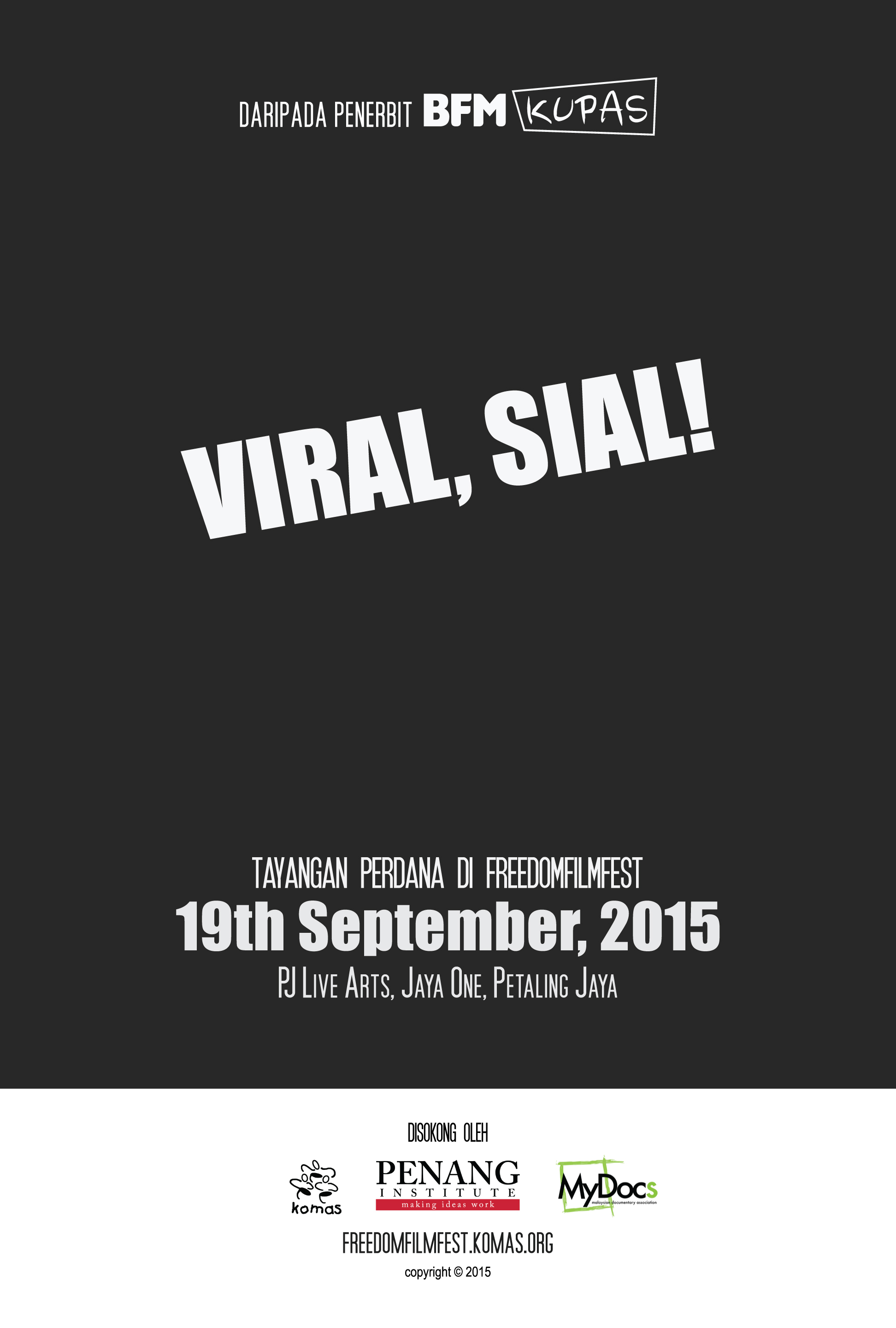 ‘Viral, Sial’ is a short film by first-time documentary director David Buri which follows the backlash from an episode of ‘Kupas’, a satirical show about Malaysian current events produced by radio station BFM.

The episode in question had radio presenter Aisyah Tajuddin discussing the implementation of hudud law in Kelantan while positing that there were perhaps other more pressing issues such as the fate of the hapless Kelantan flood victims.

The documentary examines the public outcry against Aisyah and why it became as viral as it did, along with asking whether Malaysians were ready to peacefully discuss their opinions in public spaces.

Buri said, as part of the ‘Kupas’ production, he felt guilty for what had happened to Aisyah and this was his way to explore the incident as well as issues related to it.

Another Malaysian-made documentary, ‘Memory As Resistance’ by Chan Seong Foong and Victor Chin recounts the struggle of one historic village against the expansion of capitalism through the memories of an 80-year-old village resident, Grandma Kong. 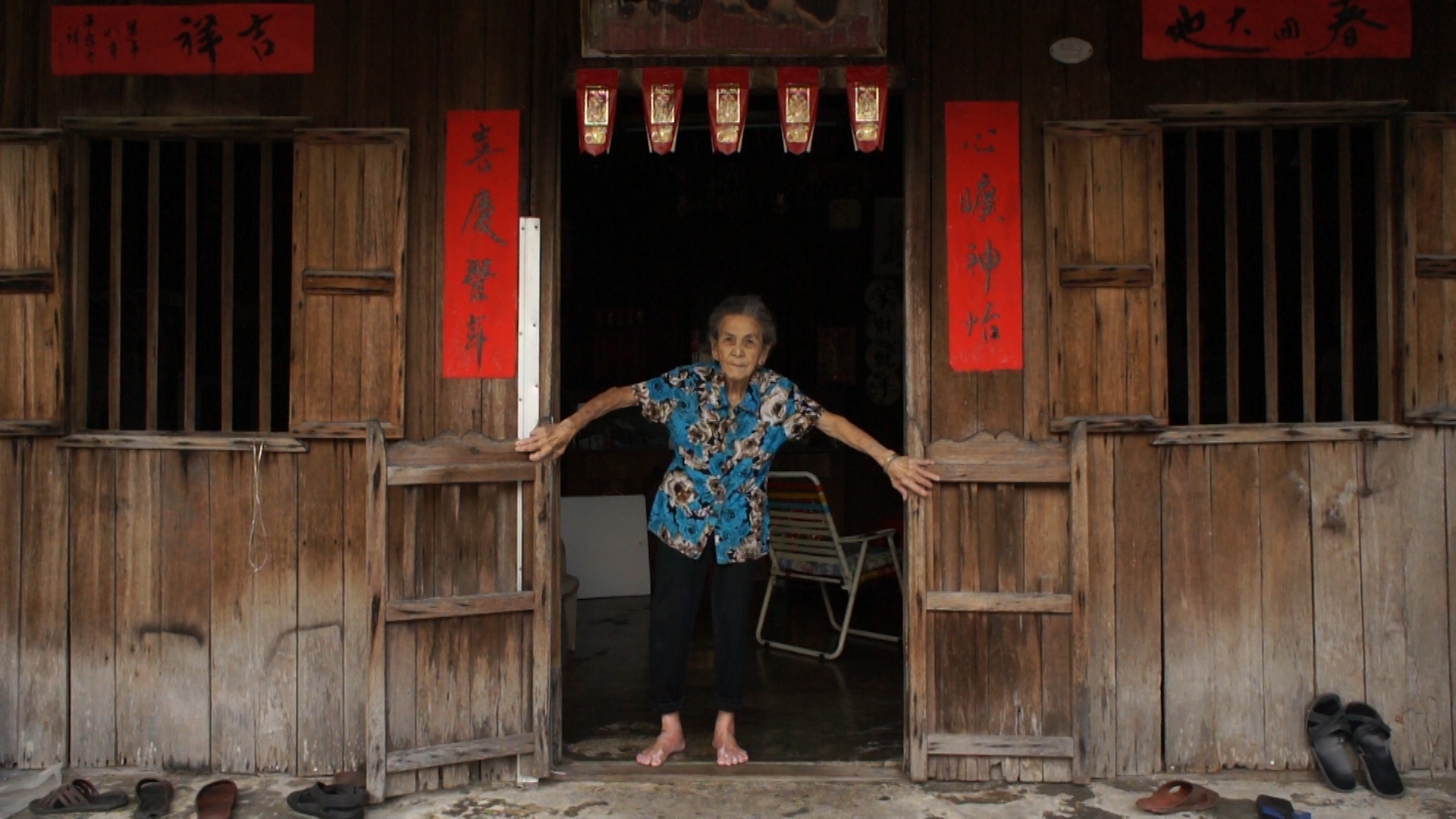 A still from ‘Memory as Resistance’ as Grandma Kong opens the wooden doors of her rustic abode.

Kampung Hakka Mantin in Negeri Sembilan has a hundred-year history of being a settlement for Chinese migrants, with some families having lived there for six generations.

Now, with the threat of demolition looming over the village due to private developers, the villagers are fighting for their right to stay with the help of the Rakan Mantin group.

Chan and Chin, who have worked two years with Rakan Mantin before making the documentary, said their documentary came as a natural progression of their work in trying to preserve Kampung Hakka Mantin.

On dementia and single motherhood

The third Malaysian short entitled ‘Kostum’ (Costume) shows the interactions between a Malaysian and several Indonesians eating at a food outlet in Indonesia during a period of high tensions between the two neighbouring countries.

The last film shown at the preview, ‘Rite of Passage’ was directed by American photographer Maggie Steber. It is a documentary portraying Steber’s relationship as an only child with her mother, who was a single mother, during the later years of her mother’s life.

It especially focused on her struggling to come to terms with her mother succumbing to dementia and the decisions she had to make with regards to her mother’s health and care.

Aside from these four films, another 22 films from all over the world, showcasing a variety of issues, will be shown throughout this year’s Freedom Film Festival.

The festival will be held at the Petaling Jaya Arts Centre with passes priced at RM10 per session or RM100 for a full festival pass that includes a free Freedom Film Festival T-shirt.

Students with valid student cards and senior citizens above the age of 60 may apply for free passes.